How to cut a dog's nails Are your dog's nails too long? To cut them you have two options: go to the vet or do it yourself at home. Keep in mind that the nails of these animals have a curvature, are harder and, in addition, their matrix is ​​much closer to the edge than we think, so we will have to be careful if we decide to cut them at home. In this article we are going to tell you how to cut a dog's nails so that you know the aspects that you have to take into account, as well as how to act in the event that a small hemorrhage appears.

You should bear in mind that dogs' nails tend to be filed naturally with each walk they take daily. But, on many occasions, this filing is not enough and that is when we have to intervene to cut the nails because, if not, you can find these situations: So that the animal gets used to this treatment, we recommend that from the first months that you have it with you, you start to cut its nails, so, it will get used to it and every time it will reject it less. If you have the dog since he is a puppy, teach him from the first moment so that he recognizes it as something else in his life.

In case you have never cut your nails and now, you want to do it for the first time, we recommend that the first day you start with a pair of nails and that, little by little, you will cut the others, thus, you will get used and It will not be so traumatic for him.

In this article we tell you when you should cut the nails of a dog.

The first thing to keep in mind is that dogs feel your mood so do not approach him with fear or nervousness because you will get it. Keep in mind that you should be patient because cutting your nails is not an easy or pleasant process for your best friend. To begin with this treatment you will need: Before starting the cut itself, it is important that we know that the nail of the animal has, essentially, two parts:

When we cut, we should try never to cut the living part because it could appear a small hemorrhage and cause pain to the dog. If the dog has white nails it is easy to differentiate which is each part because the area that has a pink tone is why the blood still runs. But if your dog has black nails, you will have to go more carefully and cut little by little, starting at the tip, to avoid damaging him.

As we have just commented, if your dog has a black nail it will be more complicated to get his nails cut, therefore, we recommend that you start by cutting the outer part of the nail and observe the rest of the nail: if you see that it looks all white, you can cut a little more.

Surely, after this intervention, you will see that in the center of the nail a body begins to appear as gelatinous, it is the indicator that shows you that it is time to stop cutting because you are approaching the living part.

To know how to cut a dog's nails, it is recommended that you hold the leg with your hand in a firm way to prevent the dog from escaping or removing the leg and may be damaged. Place your fingers on the pad to hold it firmly and stable and, in this position, you can begin to cut the nails one by one, little by little and with a lot of patience.

If the animal is very restless, you can place it on its side and hold it with your arms, surrounding your body, without exerting too much pressure but being firm in endurance. Thus, he will not be able to move almost and he will also feel protected by you. Once you have cut the nails it is recommended that you proceed to the filing since, with the cut, they will be rough and the animal will be able to get hooked to the curtains, to your clothes, to the sofa, and so on. For this reason, it is a good idea to file and give them a rounded shape: your dog will thank you.

After doing all the treatment, it is important that you reward your dog as he has behaved well. Remember that, for him, this is a somewhat traumatic moment and it causes some discomfort, so if you give him a prize he will associate it with a good behavior and it will be easier for you to do it next time. If you have not correctly calculated the cut and, in the end, you have cut a living part of the nail, the blood will appear and feel pain. To avoid any infection, you will have to put on a gauze some astringent powder or hydrogen peroxide and cover the leg for about 5 minutes to stop the bleeding.

In case you do not see yourself ready for this treatment, we recommend that you go to a veterinarian to do it yourself or show you an example of how you should do it. 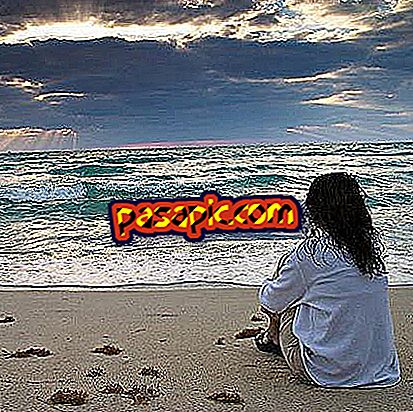 What it means to dream of the sea 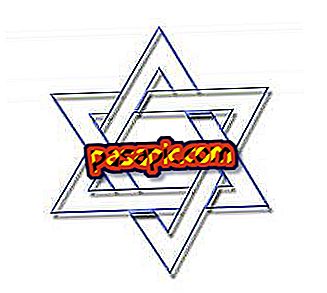 How to become a Jew 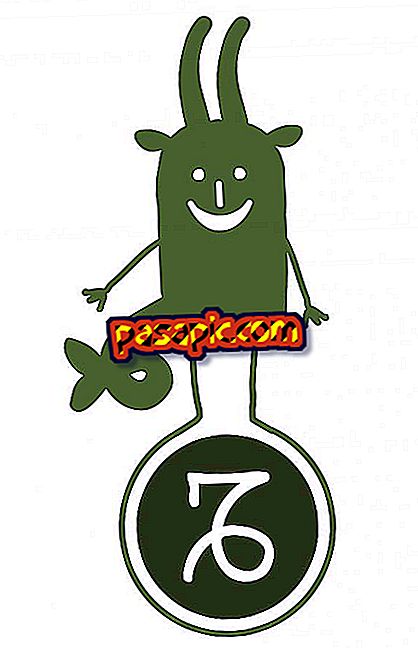 The best stones for Capricorn 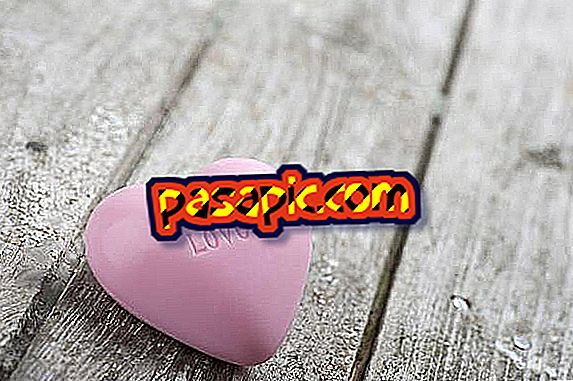 Why do not we draw the heart as it is

How to answer the phone in a professional manner 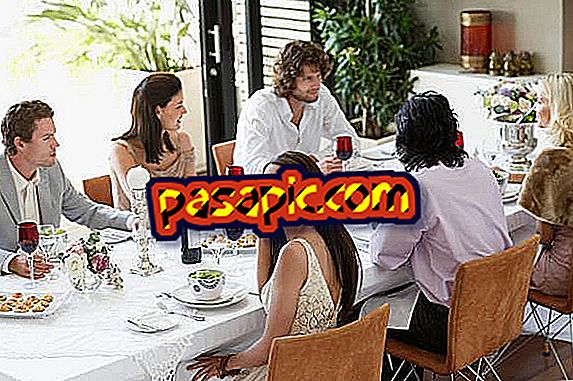 How to behave at the table

How to choose a reading for a funeral 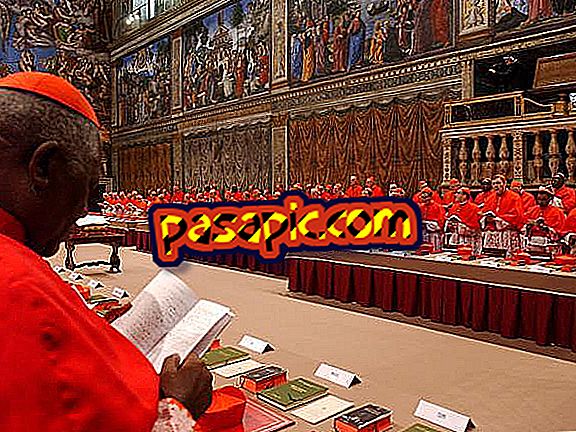 What is the conclave? 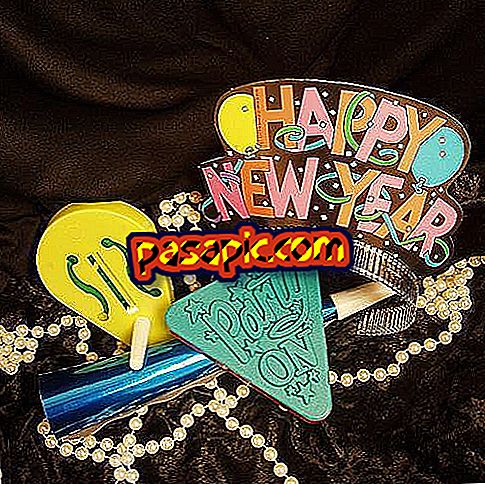 How to congratulate the new year by email 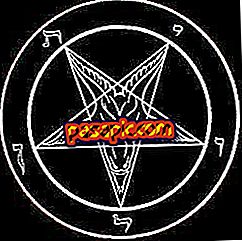 How to make an inverted staff 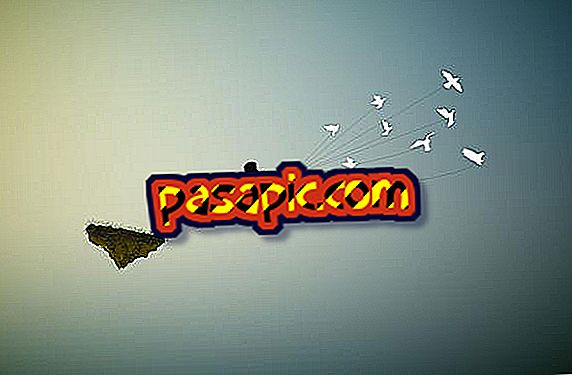 What it means to dream that you are flying

One of the most common dreams is to dream that you fly. In fact, the vast majority of people have had this dream at some point in our lives. However, there is a type of dream that is also very common and that differs slightly from the previous one and that is when you dream that you are flying by swimming.. 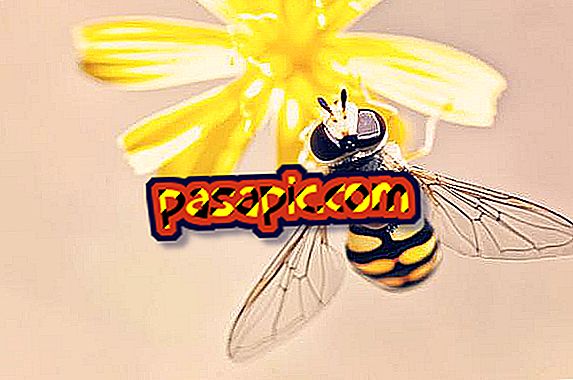 Meaning of the bee as a power animal

One of the traditions that have come down to us, inherited from polytheistic religions and animism, is the importance and symbolism of some totems and power animals. According to this tradition, these animals of power can help us according to the moments of life in which we find ourselves and the type of approach we want to give to our life in the future.. 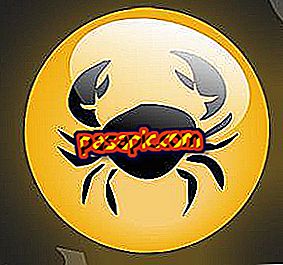 How is the prediction for Cancer during 2019

Cancer is the most open sign of the horoscope. Enjoy personal and loving relationships, and how could it be less prediction for 2019 so determined. Jupiter, one of its planets, announces some important changes in the environment, especially people who can become part of your life. Do not be afraid of changes, because it can be a perfect year to evolve and achieve unthinkable goals..