What are the most expensive car faults Having a car, although it gives you a lot of freedom of movement, supposes a source of continuous expenses . From the fixed as taxes, insurance, gasoline and periodic maintenance, to unpleasant surprises in the form of failure. Performing a good maintenance of the car prevents us from failures, but it is not a total guarantee that the car will not be damaged. In .com we explain what are the most expensive car faults.

The breakdown of the head gasket is one of the most common and, also, of the most expensive. The latter is because the repair involves the investment of many hours of work to which we must add the piece that must be replaced. The material can exceed 500 euros, so the cost of repair is usually high.

Faults in the car's computer are also one of the most expensive faults to repair . In this case, the game enters the economic issue and the fact that many workshops do not have the right machines to determine what the breakdown is. Thus, sometimes, they try to fix alleged mechanical failures that are actually computer failures, which mistakenly detects a damaged part without there being any problem in it.

The timing belt can break and cause an expensive breakdown in the car, as other parts of the engine will begin to rub or even hit, until it ends up being damaged. Thus, finally the piston and the valves would also have to be fixed, with which the cost of the repair would multiply since the failure would affect the whole system. The bill can exceed a thousand euros.

Another of the most expensive breakdowns of the car that can far exceed the thousand euros is that of the diesel fuel pump in diesel engines. There are several reasons that can cause this piece to be damaged, such as poor fuel quality or water entering the system.

The different faults that the turbo of the car can suffer, also, suppose very high bills. Only the replacement of the turbo can cost 5, 000 euros, which must be added to the workforce of the mechanics.

As you can see, we are talking about very high amounts to deal with the most expensive faults in the car. This makes us think that allocating smaller amounts in the periodic maintenance of the car is a good investment, both in safety and economic. 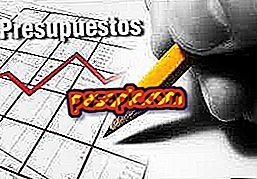