How to train a Newfoundland dog The Newfoundland are very large, friendly and intelligent dogs that are usually indicated for families with children or who already have another pet at home, given that instead of showing rivalry is made want by their peers.

Although they are very willing to learn, it is important to create varied and entertaining learning routines that keep them interested. If you already have a dog of this breed or are thinking about having one, we will explain how to train a newfound dog to take advantage of its potential.

Origin of this race

The most widespread version about the origin of Newfoundland dogs says they are the product of the evolution of mountain dogs from the northernmost areas of Canada. These dogs were originally used as working animals by fishermen from the island of Newfoundland, where the name of this breed comes from.

However, another version points out that the Newfoundland are rather the result of the mixture between the Labrador Retriever and Elkhound breeds and that later came to Europe thanks to the Irish and English travelers who were going to trade to Canada and return to their countries of origin. origin with some copies. Be that as it may, in both cases its origin is located in Canadian lands. Characteristics of the Newfoundland

To know what a Newfoundland is like, we will begin with its physical characteristics. These are large dogs, in fact they are located in the giant dog category, as they can measure up to 90 cm at the withers and weigh up to 70 kilos . They are usually black, however, the Fédération Cynologique Internationale (FCI) also accepts the colors chestnut and white with black spots. Its characteristic coat is abundant, double-layered and shiny.

Their temperament is very sweet and, in fact, they are considered one of the best breeds of dogs for children, that is to say they are fantastic "nanny dogs" since they have a lot of patience and are very good at taking care of the little ones. Likewise, they can become very affectionate with other animals if they are taught to socialize. Due to its large size, it is necessary to supervise games with children and other pets, as it can accidentally knock down its companions.

Another aspect to keep in mind is that its size does not make it very suitable for spaces or small houses. In addition, its resistance to cold and its innate ability to swim have made it the rescue dog par excellence, so that its breed falls into the category of "rescue dogs".

Training for a Newfoundland

To know how to train a Newfoundland dog you have to keep in mind that this breed learn orders and instructions from an early age. It is not that it is impossible to teach them as adults, but the learning process will be slower, so it is better to start training them as puppies. Before starting the training routine, the dog should have a game session. This will not only relax you mentally, but will prepare your body for work.

As the Newfoundland loves the outdoors, they will enjoy a lot if the routine is carried out in an open space, especially if it is an irregular terrain that offers them "obstacles", such as slopes, puddles or swamps.

In the case of puppies, do not wait so long to teach them the basic commands : walk together, go when called, sit, stay seated, lie down and lie down.

The above commands will be taught at the beginning with a short leash and then with a long leash so that the dog gets used to following the instructions while away from his master, until he can finally train without a leash.

You have to teach him to share his space with other animals. Although they are very affectionate, their large size makes them impressive and that can scare other pets.

If there is a nearby shallow lake, river or lagoon that is safe for the dog and his trainer, water training work can be done for salvage purposes. Making it look for objects and bring them back can be a great way to start. Another way to train in the water is to put the dog to tow his master to the shore, but for this you have to know how to swim very well to avoid inconveniences.

Finally, after each routine you have to reward the dog for its effort to reinforce learning, whether it is with caresses and a little play or with a treat or food that you like.

Also, you can discover in this other article more details on how to care for a Newfoundland. Tips for training a Newfoundland

Like all dogs, Newfoundlands have some peculiarities of this breed that are worth knowing before deciding to have one at home: 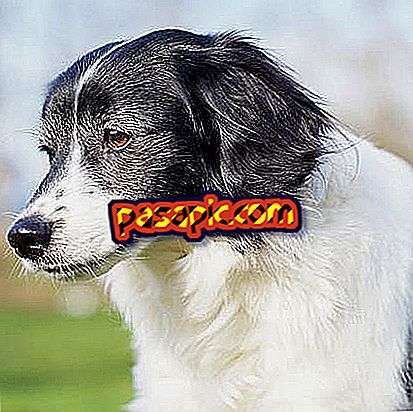