10 things that can kill your cat Your cat is your ideal companion and the best pet you could have, so it is important to give all the care you need to be healthy and happy. To achieve this we must be vigilant, because sometimes unknowingly we offer the animal such dangerous foods that could kill it or leave at your disposal high risk products that could seriously affect your health.

Could you recognize them? In this article we reveal the 10 things that can kill your cat or severely affect your health. Inform yourself and keep your pet away from these dangers.

That you drop a pill on the ground and that your cat runs to eat it is not so strange and, in fact, is often the cause of many emergency veterinary consultations. The drugs that humans consume are not suitable for felines because the liver of these animals does not manage to process them and discard them as ours does.

In the list of the most dangerous drugs for cats are three common drugs in any home: acetaminophen, paracetamol and aspirin. Simply take a 500 mg tablet of paracetamol or acetaminophen for your cat to manifest symptoms of poisoning such as:

In the case of aspirin, the animal may suffer renal failure, stomach ulcers and inflammation of the liver, with symptoms very similar to those described above. In both cases this intake could cause coma and death of the feline. If you think your cat could have used any medication, especially those of this type, then take it to the veterinarian. Many owners find it funny that their cat always comes close to that glass of wine or glass of beer left on the table, but alcohol is very harmful to these animals as part of the 10 things that can kill your cat without that you know.

Any alcoholic beverage causes intoxication in the feline, which results in symptoms such as diarrhea, vomiting, problems coordinating and breathing, urinating with blood and, in more serious cases, can lead to coma and death. If you continue to use naphthalene balls at home, then it is very important to be careful with the places where they are placed to make sure that the cat can not access them . As in the case of humans, this product is also very toxic for your pet, which could put your life at risk by causing severe poisoning if you ingest them.

Symptoms include vomiting, diarrhea and seizures, a scenario that can lead to death. Coffee, tea and soda, too stimulating for the animal

How many times your cat has not come to browse what is in that cup of coffee or tea? As long as you do not try it, there is no greater danger, but be careful because products with caffeine are very toxic for your pet and could kill it.

Coffee, tea, soft drinks or energy drinks are highly stimulating for the animal, which can cause excessive thirst, heavy urination, vomiting, diarrhea, rapid heartbeat, hyperactivity, epilepsy attacks and, in the worst case, death. They are very common ingredients that we usually use in the kitchen, but they are highly toxic for cats, as well as for dogs who should never consume them. Cat food may contain onions and garlic in small quantities, which does not represent a risk to the animal, but if you eat more onion it could affect your production of red blood cells and cause anemia.

For its part, garlic is much more toxic, producing irritation of the intestinal tract, diarrhea and gastric problems. Both foods can be harmful in high quantities so it is never recommended to offer it to the animal. Chocolate, the darker the worse

Never give your cat chocolate! This ingredient contains caffeine and methylxanthine which is very toxic to the feline, producing symptoms similar to those caused by coffee intake: vomiting, diarrhea, excessive thirst, rapid heartbeat, hyperactivity and risk of epilepsy. The darker the chocolate, the greater the risk of problems, that's why this food is on the list of 10 things that can kill your cat without you knowing it. That you give him a can of tuna in a very sporadic and occasional way is not going to cause harm to the animal, however if you do it as a custom you could put your life at risk. Canned tuna contains high doses of salt, which is not recommended for cats, but can also affect the production of vitamin B1 or thiamine in the animal, which will cause stomach problems, risk of seizures and even death in more extreme cases .

In addition, frequent consumption of tuna can cause deficiency in the production of taurine, an amino acid responsible for keeping the heart of the feline strong, so that its absence can cause heart problems . Fresh tuna can also produce a lack of thiamine, so it is not recommended to administer this food neither fresh nor canned. Grapes and raisins, toxic for the animal

For us it is a common fruit, but both grapes and raisins are very dangerous for cats . In addition to being very sweet, it is a toxic food for cats that, 24 hours after ingestion, can manifest diarrhea, apathy and lack of appetite, absence of urine and general weakness. Before these signals you must take it to the veterinarian for a review. Plants that can kill your cat

There are plants whose skin effect on the animal will cause visible signs of allergy that, despite everything, are not as serious, however some plants can cause important poisonings that can put their lives at risk.

The plants that can commonly cause irritation in the skin of your animal are:

Additionally, if the animal ingests any of the following plants it may suffer from poisoning :

In our article, which are the toxic plants for cats, you will find more information about the animal's reactions to its intake. The cigar, which causes cancer in cats

Those animals that live in smoking homes are more likely to develop cancer, especially in the mouth because cats often lick objects such as rugs or furniture that contain residues of tobacco chemicals. In addition, the smoke particles that fall into your hair and that the animal will then consume in the grooming, also increase your chance of suffering from cancer in the future.

Unfortunately, it is a great risk for them and for us to live with a passive smoker. 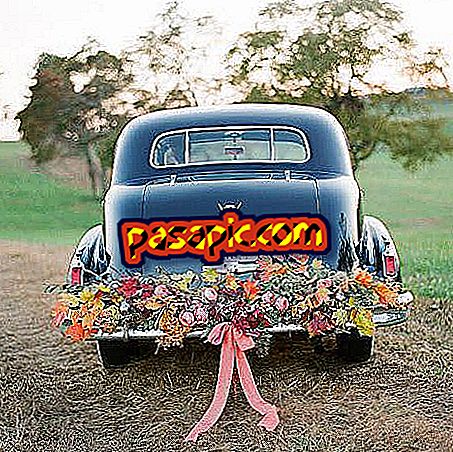 How to decorate the wedding car

How to overcome an infidelity 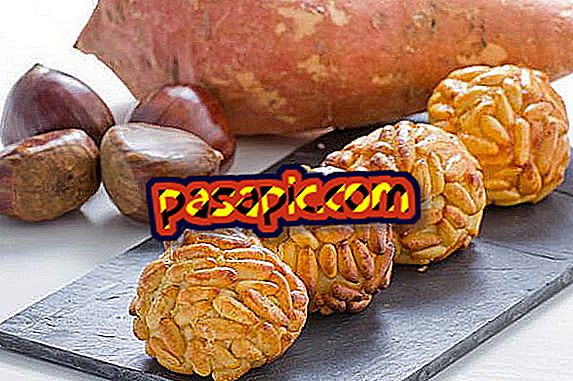 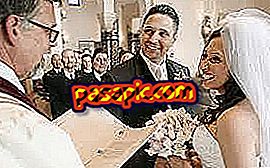 How to choose the readings for a wedding 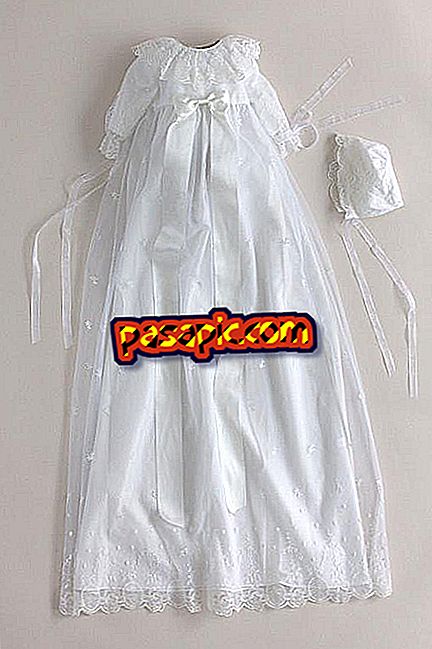 How to keep the baptism dress 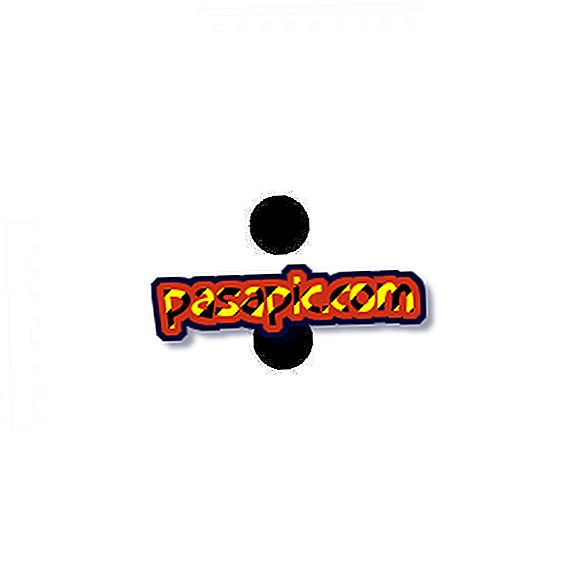 How the colon is used 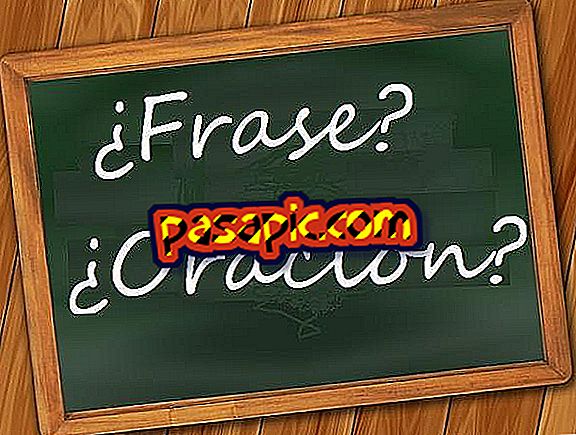 What is the difference between sentence and sentence 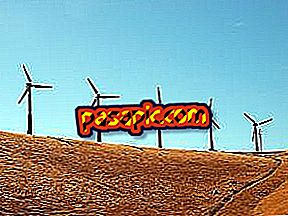 The names of the winds according to their origin 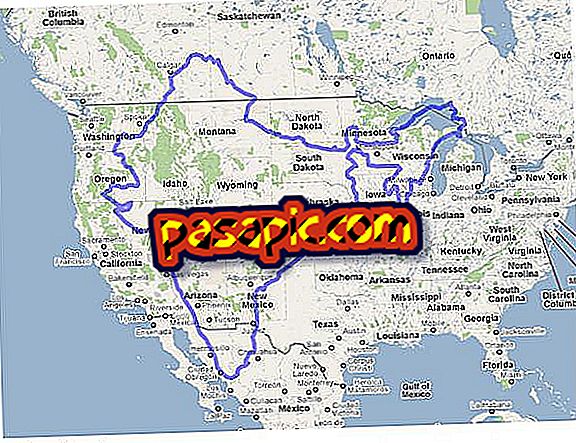 Which country is the largest United States or India 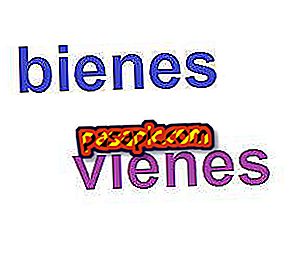 How to decorate a wedding at home

More and more couples are choosing to leave the traditional and organize a wedding at home, with a more intimate and family atmosphere. One of the benefits of this situation is that all the decoration will depend on us, although that also supposes an extra effort. But with a little imagination and a few tips to get your bearings, you'll easily know how to decorate a wedding at home.. 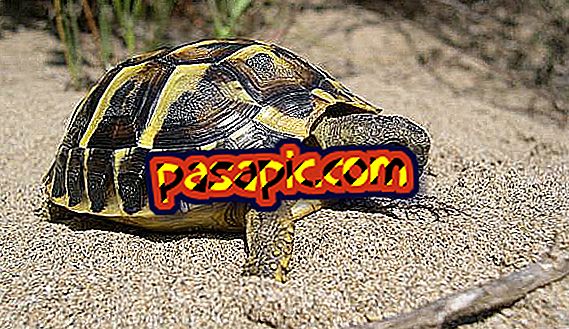 Why my turtle does not eat - discover all the reasons

Although turtles generally have a well-developed appetite, there may be times when they are inappetent or reduce the amount of food they want to eat. Have you found yourself in this situation? If the answer is affirmative, take the following article from where we give you the answer to the question: why does not my turtle eat..

How to know if my dog ​​has otitis

Canine otitis is one of the most common diseases in dogs. Dogs have a very developed and especially sensitive sense of hearing. A sound that to our ears may seem low volume, to theirs is of high intesis, that is why we must pay special attention to the care of the ears of our dog. If we observe that it does not stop scratching the ears , that it seems annoying or even painful, and that lately it secretes more cerumen than normal, our dog may have canine otitis and we should take it to the vet..